for three trombones (Bb, F, F)
based on “Fauna of mirrors” by J. L. Borges and images of Ida Lohman (images are optional)

The following fascinating myth was taken from “The book of imaginary beings” by Jorge Luis Borges with Margarita Guerrero. Revised, enlarged, and translated by Norman Thomas di Giovanni. Published by E.P. Dutton & Co., 1970.

“In those days [legendary times of the Yellow Emperor] the world of mirrors and the world of men were not, as they are now, cut off from each other. They were, besides, quite different; neither beings nor colors nor shapes were the same. Both kingdoms, the specular and the human lived in harmony; you could come and go through mirrors. One night the mirror people invaded the earth. Their power was great, but at the end of the bloody warfare the magic arts of the Yellow Emperor prevailed. He repulsed the invaders, imprisoned them in their mirrors, and forced on them the task of repeating, as though in a kind of dream, all the actions of men. He stripped them of their power and of their forms and reduced them to mere slavish reflections. Nonetheless, a day will come when the magic spell will be shaken off. The first to awaken will be the Fish. Deep in the mirror we will perceive a very faint line and the color of this line will be like no other color. Later on, other shapes will begin to stir. Little by little they will differ from us; little by little they will not imitate us. They will break through the barriers of glass or metal and this time will not be defeated. Side by side with these mirror creatures, the creatures of water will join the battle.” 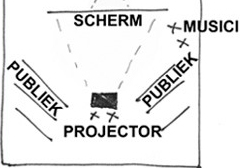 Original story board by Ida Lohman 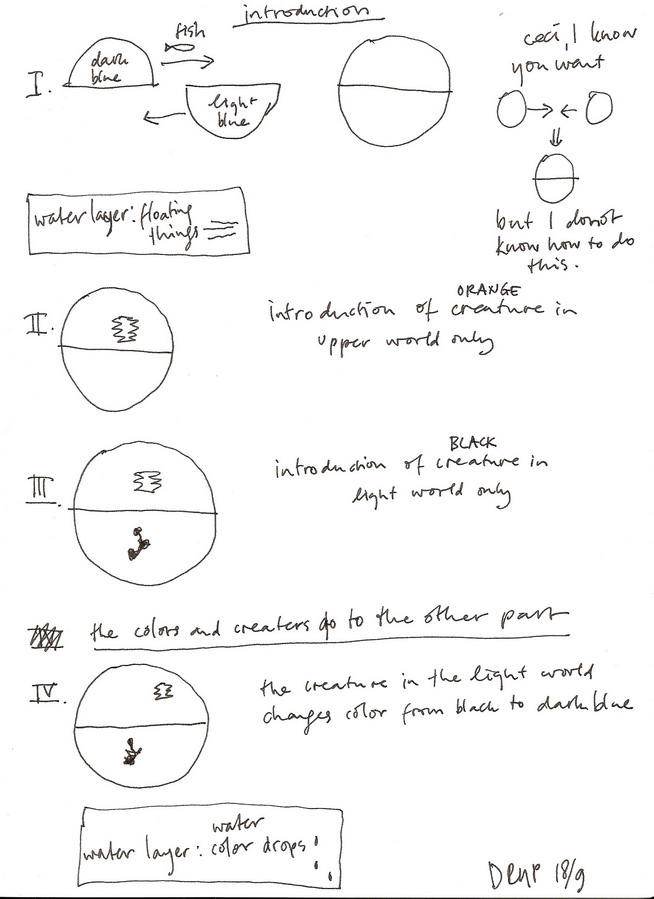 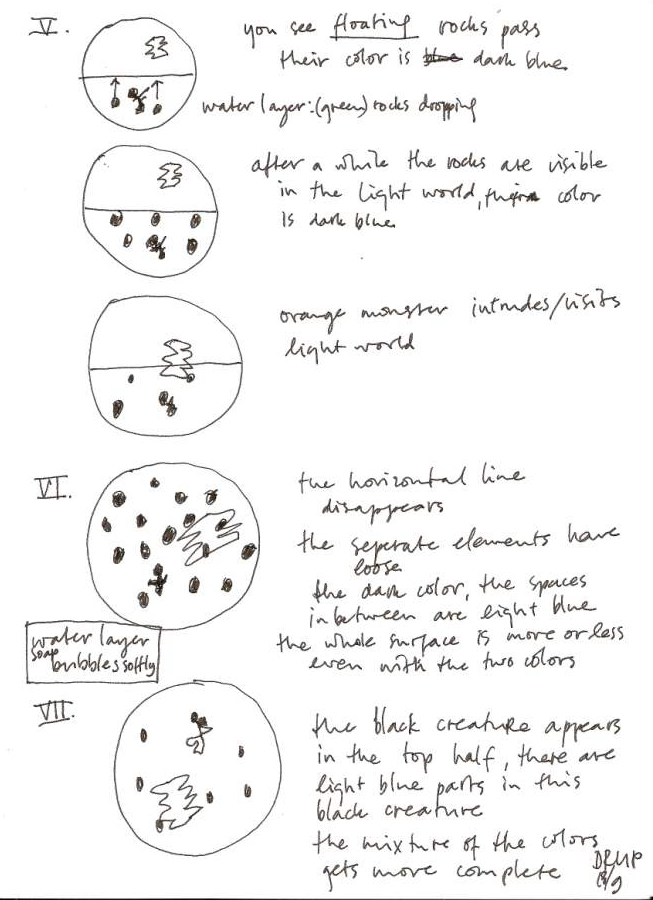 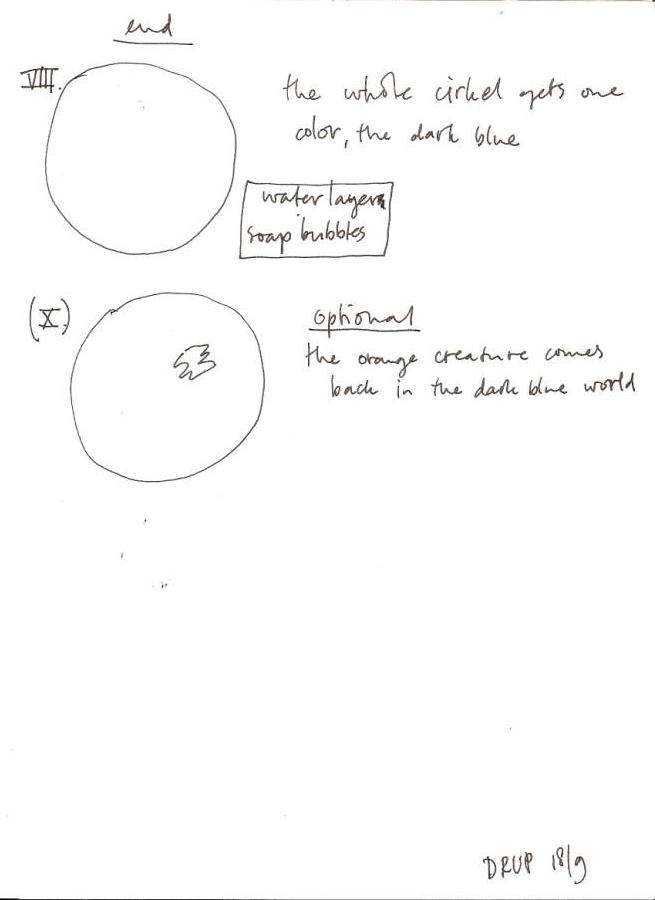