for 8 low strings based on the homonymous novel by Samanta Schweblin
commissioned by Innovations in Concert, Montreal

Distancia de rescate is based on the homonymous award-winning novel (“Fever dream” in the English translation) by the Argentine writer Samanta Schweblin. My piece is inspired by the psychological atmosphere of the novel and its fascinating polyphonic structure, which inspired me to write a piece for a big ensemble.
In the novel, the characters are attached to each other by a “psychological string” which expands and stretches depending on emotional content, mostly related to fear. In my composition, the cellos are physically attached to each other by strings, one resonating on another. Extra pieces of strings tied to the instruments bridges and tailpieces connect literally each other occupying the stage.
Distancia de rescate is also a trip inside the deep heart of the string. Its sound world is based on the natural harmonic series, finding unexpected patterns in the upper harmonic series of the string. These bright and fragile sounds are like crystals found in the earthy residual tones of the strings.
• Video 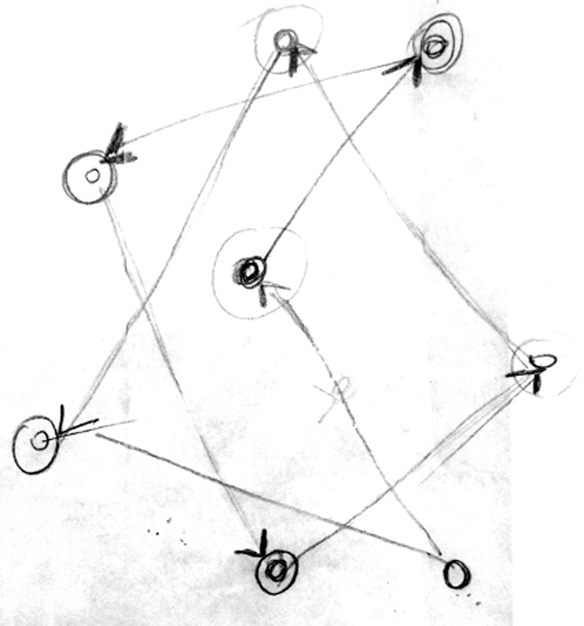