Música invisible for trumpet and Flügelhorn (2004)

Música invisible for trumpet and Flügelhorn re-designs the trumpet in a personal way in relation to the musical tradition. The organology (acoustical studies on how musical instruments produce sound) comes together with the creative exploration of sound possibilities and ways of playing: research and experimentation. In Música invisible, the extended techniques focus on how these new sonorities transform the perception of music, becoming extended listening techniques.
The cycle of three pieces is inspired on Leonardo Da Vinci’s notebook The Perspective of Disappearance and in different musical versions of  La Gioconda.

#1. Música invisible for Flügelhorn “Aerial perspective”  is inspired on the version of the song Mona Lisa by the Hawaiian singer Israel Kamakawiwo’ole. The Flüglehorn imitates an old radio, which can be heard at the beginning of Israel´s version of the song. In my piece, Mona Lisa appears in small fragments, with interference, noises, static and changes of stations. The Flügelhorn becomes itself a radio. It brings Mona Lisa version from different times: the song by Ray Evans and Jay Livingston mentioned before, the opera by Pontchielli and also texts by Leonardo Da Vinci. The aerial medium of the radio frequencies relates to the aerial perspective´s texts by Da Vinci.
The Flügelhorn uses half-valve techniques in combination with vocal resources as singing and playing through the instrument, air sounds, whistles, spoken texts, etc.  “Aerial perspective”  can be as well played with a trumpet.

#2. Música invisible for trumpet “Chiaroscuro” uses extremely low notes, one octave below the pedal tone of the Bb trumpet. These impossible sounds can be produced by relaxing the lips. The acoustics of the trumpet is not prepared to host these low frequencies, in the lowest register of the bass clarinet. That acoustical struggle creates beautiful-ugly sounds full of character.
The pedal tones in “Chiaroscuro” are in counterpoint with higher sounds. This is a reference to the chiaroscuro technique explained by Da Vinci in his texts and used in his paintings.

The sounds are too low in relation to the frequency of resonance of the instrument…the trumpet should be bigger. The sounds are very weak and fragile, but at the same time, extremely poetic”.

#3. Música invisible for trumpet “Anamorphosis” explores different possibilities of the bell of the trumpet interacting with water. An aria from the opera “La Gioconda” by Pontchielli is played by the trumpet using the water as a complex mute. Its outcome sounds like “quasi electronic music”… without electricity.
Da Vinci wrote about the reflection of the light on the water. My music refers explicitly to sound on water.

On the contrary the atmospheric medium which exists between the object and the sense incorporates in itself the figure of things, and by its contact with the sense transmits the object to it. If the object–whether by sound or by odor–presents its spiritual force to the ear or the nose, then light is not required and does not act. The forms of objects do not send their images into the air if they are not illuminated [8]; and the eye being thus constituted cannot receive that from the air, which the air does not possess, although it touches its surface.

“The shadow or object mirrored in water in motion, that is to say in small wavelets, will always be larger than the external object producing it.
The number of the images produced by the flash of lightning on the waves of the water were multiplied in proportion to the distance of the spectator’s eye.” 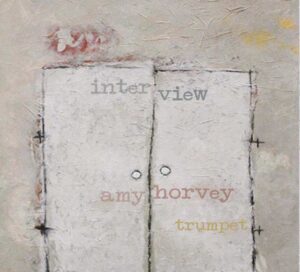